Sparsholt College graduate Andy has been the manager at Newhouse Farm for 10 years. The 800ha estate has 600ha put to arable cropping which has been min-till cultivated for two decades. Andy uses variable rate technology for fertiliser, nitrogen and seed with parts of the farm set aside for trials to test new techniques in crop management. Elsewhere, there is 70ha of woodland, a small sheep flock and a pig herd. In 2021, Andy also won a tender to contract farm a neighbouring business and has taken on another 400ha as a result, which nearly doubles the total land area he manages.

Andy is keen on communication as a former AHDB Monitor Farm and LEAF Open Farm Sunday host. He said: “I really enjoy the interaction with farmers and the public and that’s part of the reason why I applied for the Resilient & Ready Programme – to grow that engagement.

“We host a number of visitors on the farm and the science and technology we use blows them away. I’m really keen to get away from the stereotypes and be proud to show people what we do.

“I also want to know more about the wildlife and biodiversity on the farm. I want to be able to measure it and improve the habitats and environment while understanding what the right thing is to do for the future.

“There is uncertainty around farming but I am an optimistic person and view this as an exciting time. Let’s crack on and make the most of the opportunities out there to put our farms in a great place for the next generation.”

During the programme Andy has decided to plant new woodland in a 10ha field, which is making good progress. He has been working with soil health expert Ian Robertson, which resulted in making the decision to reduce his cover crop seed rates by half, a significant reduction from the recommended rates.

Andy has also worked with gaming conservation organisation Oakbank Game & Conservation, which advised on how to enhance the existing biodiversity through interconnecting stewardship strips and hedgerows, as well as by planting new trees and hedges to create corridors for wildlife to move around the farm. From the 70ha of woodland on the farm, Andy is also thinning ash trees, which are under threat from ash dieback, for use with the farm’s two biomass boilers.

Next, Andy will plant up strips of land with wildflowers and grasses in the autumn to host beneficial insects and in the following year, the plan is to integrate trees into the arable rotation on farm. 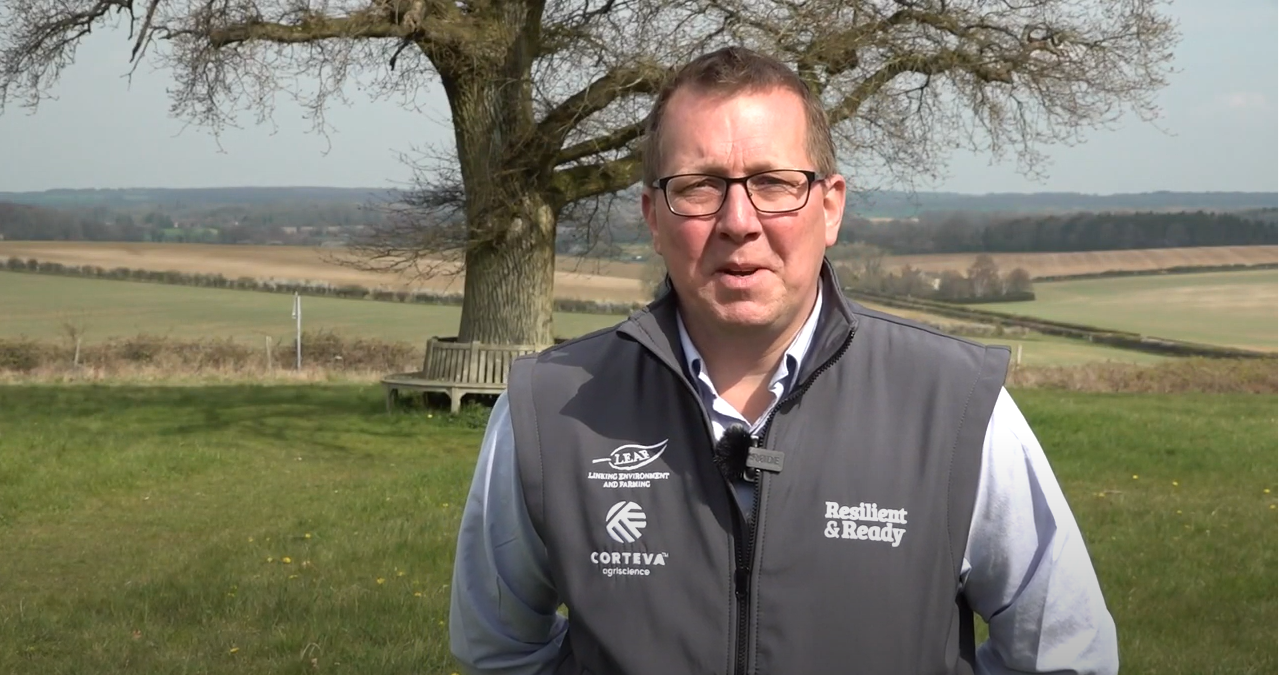 Join Andy Bason at Newhouse Farm, where he's undertaken several projects to increase biodiversity on his farm as part of the Resilient and Ready programme.


Return to the Resilient and Ready hub